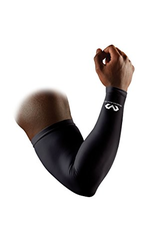 Armani Code by Giorgio Armani was launched in 2004. This is an oriental spicy fragrance. The bottle is inspired by satin lapels of an Armani black tuxedo. Armani Code was the winner of the Fifi Fragrance Award of the year in Men’s Luxury 2006. Eternally sensual, in a pure and understated way, it combines elegance and sophistication. Code combines a citrus concoction of bergamot and lemon with very soft notes of olive tree blossom, warmed with Guaiac wood and Tonka bean for a strong, wooded aftershave that can last all day.

Giorgio Armani was an Italian fashion designer particularly noted for his menswear. In 1975 he presented his first collection of menswear followed later that year presented a range for women. The Armani brand expanded through the early 80s offering a variety of collections and ranges from clothing through to accessories. Giorgio Armani Beauty launched their first fragrance in 1982 and this is part of a long succession of fragrances. The Armani Fragrance collection has over 70 perfumes.

There are no reviews yet.

Signup today for free and be the first to hear of special promotions, new arrivals and designer news.